Native App Developer > Blog > How MVP is a Savior for Startups?

How MVP is a Savior for Startups? 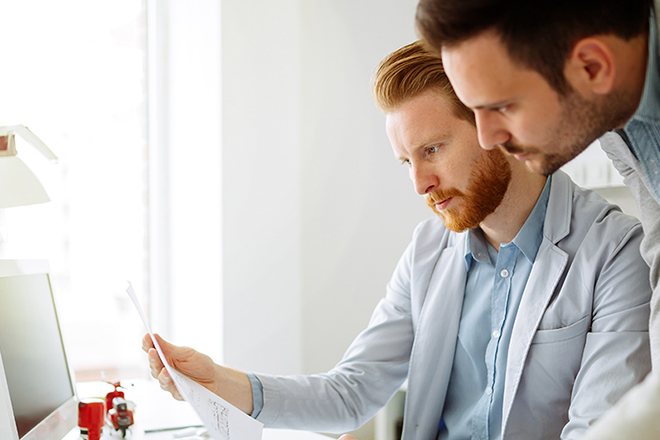 Do you know? A research concluded that out of 10,000 apps built 9999 fails. Sounds odd? Here are some reasons why apps fail:

App development and maintenance is costly. Many businesses get out of the race just because of cost factors. The apps on app stores are generally free, no revenue is generated from downloads, and hence it is difficult for a business to recover cost initially.

User is king when it comes to app development. To make a successful app, a developer should come up with an interactive and easy user interface. Substandard UI can destroy the user interest in the app.

Providing what is needed should be the motive of a business. If you launch a demand less app, then you are glorifying your chances of failure.

Only app development will not generate results, a proper marketing plan and budget should be decided to make your app visible to the prospect users. Hit the customers mind with the advertisements and promotions so they can give your app a bit of space in their smartphones.

These factors need to be kept in mind to build one of the successful apps. An MVP app can save you from the blunders responsible for the failure of your dream app. Every app venture or business should go for MVP app development to avoid heavy losses and app failure.

What is an MVP App Development?

MVP refers to a minimum viable product, that means a primary core activity focused app with no other functionality. MVP is to test the demand in the market and get users to feedback on core activities of the app.

Bluffs only work for horse races not for an app. MVP app development ease businesses to plan for a hardcore app with feedbacks and reviews.

Here are some reasons why one should go for MVP before full app development:

Get an Early User

The minimum viable product helps you to interact with the customers straight away. You are ready to get your early customers the time you build an MVP. The users will evaluate the app with its basic idea, give feedback and reviews according to their experience. The user will share the experience with others and spread the app if he/she is satisfied with the basic concept. The following are some points:

MVP is a cost-effective technique because you don’t require a featured or attractive app. The requirement is simple, just built a basic app with core feature and minimum cost.

Testing an idea on paper is easy, but challenging the business idea on the field is tough. Once you verify your idea with minimum viability product, it clarifies the future path for the business. The MVP allows the business to test the concept at minimum cost and the improvements will get done according to the feedback and reviews of the users. If the MVP runs successfully, then you can turn to full-featured app development.

Feedback is the customer’s reaction to the product. Minimum Viable Product is used for getting productive feedback from the users. Feedbacks used for improving the product to get a reliable app in future. The feedbacks are the steps through which a business concurs the success glory.

Boost your business through a successful MVP. You can acquire more investments from the capitalists on the success part of MVP. They will encash the opportunity created by you by investing money and letting your business grow. The investors will earn an excellent return on their investments, and your business will grow impeccably.

Going through MVP saves your productive time as it takes less time to build an MVP. In case you made an app by giving all your time and effort, but if it doesn’t work, then it can be depressing. So better save your time by creating an MVP for testing before going for full app development.

The aim is to reduce risk as much as possible; it can be done by creating an MVP app and testing it in the real world. Business is a risky affair and blindly going for anything is not worth it, risk must be calculative and minimized through strategies.

The reasons discussed above must be kept in mind before going for full feature app development. Clarifying before starting will grow your possibilities of being successful. Try out your strategy through minimum viable product and get valuable user feedback for improvements.

Development Process Of An MVP

We have discussed reasons to create MVP, and now it’s time to scrutinize how to build an MVP.

Following are some points to consider:

The above process is for developing an MVP plan for a business.

Let’s find out what are the significant possibilities that can happen after developing a minimum viable product.

If your MVP get approval by the users or is being appreciated by them, then continue with the MVP and start adding small features and functions with minor updates in future. It is the best possibility for the business as they can start promoting their apps on various platforms and expand.

Getting feedback over an issue is a positive thing for the businesses as they can turn things around with some improvements. Testing the MVP with real users will work for the enhancement of the MVP. When the user is satisfied with the initial business idea, then other factors can be improved from time to time with the help of feedback.

Harsh, but it’s a possibility. If its core idea does not get accepted, then shut down the project without wasting further time and money. Learn and try out a new business idea.

Let’s discuss one of the best and the most successful examples of a minimum viable product.

We all have used uber cab for a taxi booking and travelling purpose. It is the best example of a minimum viable product. UBER started it’s taxi booking services with an MVP that consisted of only basic layout and core activity of connecting drivers with the users. Then updated their app from time to time. The initial UBER app has:

From above all information, we can conclude that a business must decide to build a minimum viable product before app development. The app development company need to consider the requirements of the business and suggest the client if MVP is required or not. We are Indian App Developers, well known for quality app designing. Get in touch with us to discuss more MVP requirements and own an MVP for your business.

A tech-savvy writer working at Native App Development. She has a passion to craft useful content for technical as well as no-technical people. She is willing to deliver profusion of interesting blogs and articles to increase their knowledge treasure