Native App Developer > Blog > Why is DevOps trending? Smartphone Mobility is not the answer!

Why is DevOps trending? Smartphone Mobility is not the answer! 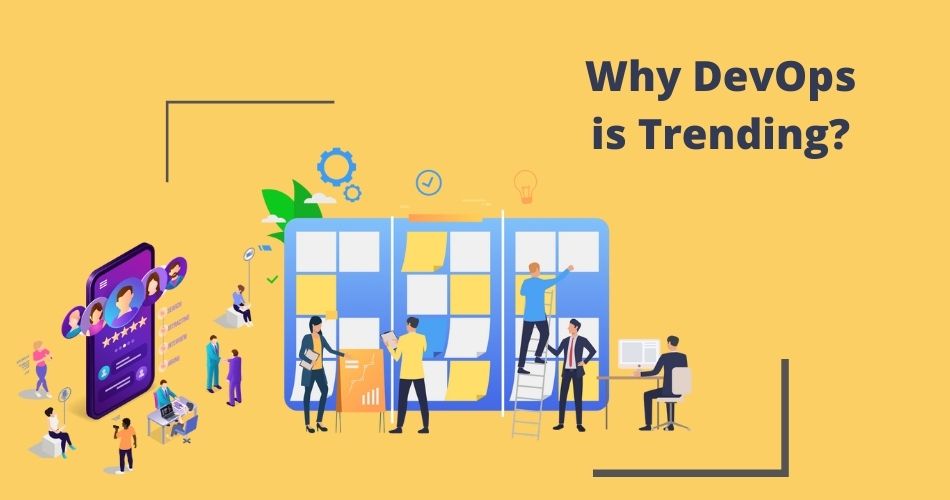 Over the last several years, DevOps multi-cloud strategies have emerged as the essential building blocks for the expansion and success of a company. The organisations that implement these methods get the flexibility and independence necessary to host apps per the needs of their respective businesses. An information technology (IT) operating model called AgileOps was explicitly developed for digital organisations. It adheres to agile principles to create agile methods of working; this indicates that the institution can now graduate students who are prepared to join the workforce with prior experience working with DevOps. They are preaching the gospel of DevOps to businesses that are not yet exposed to it, and they are bolstering its presence in establishments that have already adopted the methodology.

It’s believed that another issue that is at play is that the market for DevOps tools has developed and become more concentrated. Even as recently as five years ago, most businesses that we’re actively discussing it were startups. Many of those startups have grown into very successful independent businesses (like Slack), or more prominent organisations have bought them. There have been many other DevOps application development firms that have either closed their doors or become stagnant. However, the fact that other people have achieved phenomenal success has contributed significantly to the sustained interest in DevOps.

In conclusion, but certainly not least, the tools for DevOps have progressed in tandem with the market’s maturation. It was simpler to speak about de-siloing your IT Company around 2010, when the discourse around it was just being started, than it was to break down the silos in reality. This was true even if de-siloing your IT organisation was an important goal. At that time, mass adoption of collaborative technologies amenable to DevOps had not yet occurred. Additionally, release automation suites were often confined to PaaS-style products, with the primary focus of their functionality being the automation of deployments. They did not have the capabilities of contemporary DevOps release tools in end-to-end integration, testing, building, and administration. And since many of the more sophisticated DevOps release systems were developed by startups, using them was fraught with some degree of danger.

In comparison, nowadays, there are a plethora of sophisticated, feature-rich CI/CD systems available to select from, not to mention options for communication and collaboration such as Slack and GitHub. You no longer need to depend on brand-new, unproven products on the market to construct a DevOps toolkit since doing so is straightforward. This particular fact has also contributed to the rise in popularity of the DevOps methodology.

From this point forward, how will the popularity of DevOps change? I think it will continue to climb as the industry and tools get even more mature and as it continues to find its way into mainstream educational programs. DevOps estimate is that it will continue to rise until it reaches a point where it is unsustainable.

DevOps application development can only concentrate on the individual units thanks to the capabilities of the microservice architecture to link fragments of units independently from one another; this is the very minimum need for the quick delivery of complex applications. The combination of DevOps with an architecture based on microservices results in cost, time, and resource savings.

The following are some advantages of adopting an approach based on microservices architecture:

1. Affordable, simple, and straightforward in its testing and upkeep

2. Scalable and with a flexible design

4. Adjustable per the capabilities of the business

5. Can be handled by a relatively modest group

People, processes, and a functional product are working productively to provide continuous integration (CI) and continuous delivery (CD) of value to end customers; this is successful cooperation. The degree of interaction between DevOps, containers, and microservices is expected to grow. It’s possible that the factors that are driving the spread of the DevOps app development culture will continue to develop the implementation of it. Architecture trends directly impact the process of technology development, and as a result, they affect the area of development and operations (DevOps).